A bike trip to Spiti valley where you get to traverse through some of the most mystifying valleys of Himachal is a dream for many travelers. The reason why Spiti is on the bucket list of many, be it adventure enthusiasts or people looking for a peaceful retreat is that, in its embrace, Spiti Valley holds both calm and chaos.

The rugged terrain, harsh weather, and high altitude make it a challenge for people to reach Spiti but the valley rewards them with beauty and peace that one won’t find anywhere else.

The perfect embodiment of Tibetan culture, the word “Spiti” itself means the middle land and signifies the importance of this winter wonderland that is nestled between India and Tibet.

The cold desert mountain that is covered in a heavenly blanket of snow melts to give way to all the riders who wish to drive on the trans-Himalayan roadways making it the best time for a bike trip to Spiti valley.

During the summer months, since the average temperature during the daytime in Spiti is 15-16 degrees celsius, the weather becomes pleasant making it far more comfortable for travelers to indulge in activities without worrying about the cold weather seeping through layers of clothes.

Apart from the golden charm that the summer sun adds to its eternal beauty, the people of Spiti also celebrate many festivals during these months, allowing the outsiders to get a closer look at the rich, vibrant culture that locals have preserved for centuries.

This Spiti valley bike trip during summers initially starts from Delhi where the group gathers before embarking on this journey but the true starting point of this road trip is Jibhi.

Nestled on the banks of the Tirthan river, away from the hustle and bustle of metropolitan cities, Jibhi is a tiny haven in Himachal Pradesh that serves the purpose of rejuvenating your mind and soul before you take on this adventurous bike trip to Spiti. The lush green meadows, sparkling waterfalls, and echo of bird songs make your time here peaceful and comforting.

As we embark on our journey to Spiti Valley on our bikes, we will be traversing many highways and byways that provide scenic views of majestic mountains, cobalt blue skies, and stunning canopies of wild forests making the long drive from Jibhi to Chitkul seem short and sweet.

Providing you a breath of fresh air, quite literally since it has the cleanest air in the entire country, Chitkul is popular among travelers for being the last village in India. Located at the banks of the Baspa river, Chitkul is indeed the last village on the Hindustan-Tibet trade route. During winters, the village is covered in snow but even when the snow melts away, the wooden houses and apple orchards covering the vast expanse of the valley make Chitkul a beautiful sight to behold.

The next stop in our bike and backpacking trip to Spiti is the breathtaking Kalpa.

A small village nestled in the Sutlej river valley, close to the town of Reckong Peo where we will make a pit stop to take a closer look at the rich culture, Kalpa has many scenic views to captivate travelers. One is the suicide point, named so because of the cliff surrounded by rugged mountains. The view from the suicide point is definitely to die for as it’s the vantage point for the magical view of the Kinnaur valley along with the trans-Himalayan ranges.

In its embrace, Kalpa holds an extremely special destination that is sought by many travelers which is the 3000-year-old Kalpa monastery. A cultural heritage, the monastery is the symbolic representation of the rich history and spirituality associated with Buddhism and its influence on the regions of Himachal.

On top of a clip, with spurring rocks as its foundation, The Dhankar Monastery beckons you closer with its age-old charm and the rugged landscape that mimics the shape of the moon. Originally built as a fort, the monastery overlooks the confluence of the Spiti and Pin rivers.

As we move forward on our Spiti valley bike and backpacking trip, we unravel the many mysteries that stay hidden in the Land of Lamas. One such hidden gem is the Nako village, a remote destination located on the Indo-Tibet border in the trans-Himalayan regions. With mystical waterfalls and lakes such as Nako lake, this tiny hamlet is a much-needed breather that you will need after being on the road for so long, driving your bikes with the winds blowing on your face.

Our next stop is the largest as well as one of the oldest monasteries in Spiti, dating back to 996 C.E, The Tabo monastery has its roots going back to the Tibetan monarchy. The religious, as well as political history associated with the monastery, can be found in the documentation on the walls, along with thangka paintings, frescoes, murals as well as preserved statues. The monastery has been deemed a national treasure and is protected by ASI.

Before reaching our next destination, we would pay our respects at the Kungri Monastery. Built in 1330, it is Spiti’s second oldest monastery and is notable for its sword dance performed by the bushes cult belonging to the village of Mudh. The monastery has also managed to preserve silk paintings depicting various Buddhist deities, along with huge statues as well as sacred Tibetan texts.

We will also be traversing through Pin valley and Mud village which is located on the bank of Pin river with the towering Pin Parbati ranges surrounding it. The village also serves as the backdoor for the Pin valley national park where many endangered species such as the snow leopard, Ibex as well as alpine and cedar trees.

At an altitude of 11,890 Ft, situated along the banks of the Spiti river is Kaza, the core of Spiti that connects the valley to neighboring districts. Along with being the commercial center of Spiti, it also serves as the site for many vibrant festivals and fairs that are organized throughout. Kaza is also the ideal base camp for trekkers, mountaineers as well as bikers who intend to explore the valley beyond its reaches.

This bike and backpacking trip throughout Spiti is specially curated to make sure that the travelers get to have a closer look at the slow-paced life in Spiti and to bridge the gap between the distinct yet similar cultures.

Buddhist influence is omnipresent in the valley and the symbolic icon of its significance, as well as influence, stands tall in the form of the Kee Monastery, locally known as the Kye Gompa. The oldest as well as the largest monastery in Spiti where you can find murals, relics, and thangka paintings still preserved. All of them being an ode to monastic architecture. The monastery also has images of Budhha as well as a sacred text that tells the story of Buddhism and its roots.

Other attractions that we will be exploring during our Spiti bike trip include the Chicham Bridge which is at the staggering height of 13,500ft, known as Asia’s highest bridge as well as one of the highest remote villages in Spiti where you can have the chance to stumble upon a snow leopard, as they roam the premise surrounding the village quite often.

Langza, popular for its abundance of fossils as well as the 1000-year-old colorful Buddha statue is also a must-visit when on a backpacking trip to Spiti as the experience is not only enthralling but peaceful too.

Among other beautiful destinations, a crescent moon-shaped lake is also something that you will find only here in Spiti. The Chandra Taal, also known as the moon lake is a scenic lake where you can spend some peaceful moments as we conclude this trip and start our journey.

In a nutshell, Spiti valley has more to offer than just lofty mountains and rugged terrains. But it’s only when you have driven on the impassable roads of Spiti during this bike trip will you finally discover the Spiti that we love and are positive that you will too.

What is the Chandrataal lake temperature?

How Much Time it Takes to Cover the Manali to Kaza Distance?

The time it takes to go from Kaza to Manali is approx 4 hours including rest and stoppage time. The total Kaza to Manali distance, one needs to cover is 182 kilometers.

What Is the Temperature in Spiti Valley?

The temperature in Spiti Valley is cold during the whole year but it is comparatively colder from November to May. This is the time when we schedule the winter Spiti Expedition.

When Do Manali to Spiti Valley Road Open?

The Manali to Spiti Valley road is open at all times but during the winter seasons, the roads get filled with snow and one cannot pass through it easily. The extreme adventurers do go and explore extreme Spiti Valley expeditions sometimes but it is not recommended for the common tourist.

Can We Travel From Kasol to Spiti Valley?

The usual route that we follow to move from Kasol to Spiti Valley is through Manali. First, we take a bus from Bhuntar to Manali which is a two-hour drive. Then secondly, you can board a bus leaving from Manali to Spiti Valley. 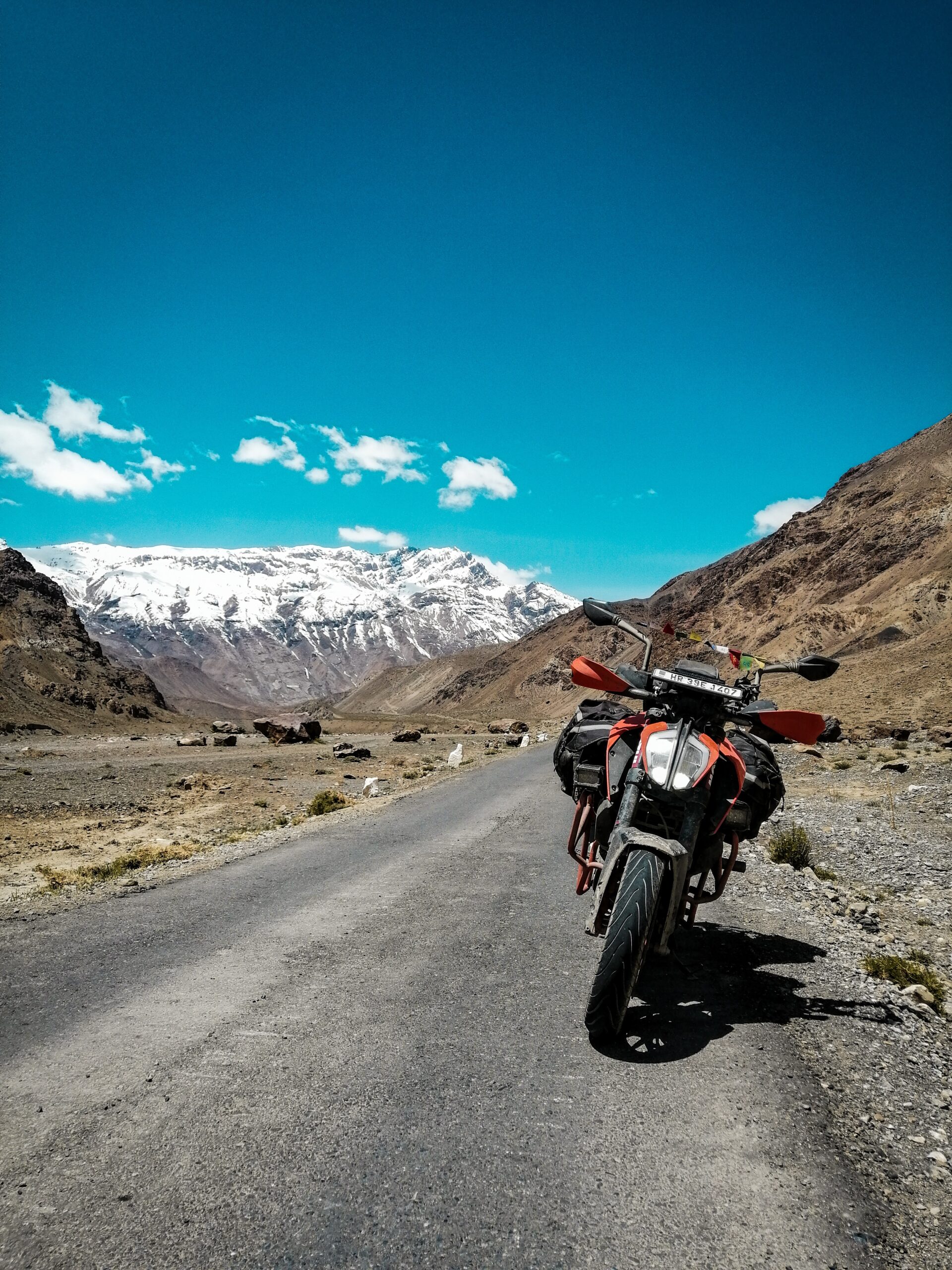 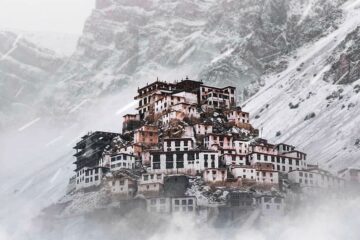